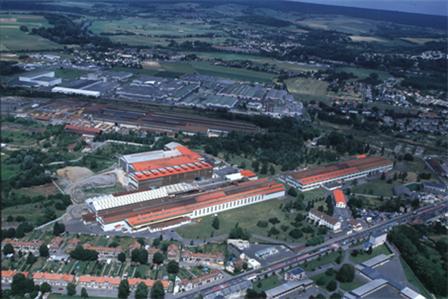 The AFS Sedan Company is specialized in the manufacturing of tools for the steel industry since 1882, year of its establishement by the Friquet Company.  As from 1888, it had successively different owners.  It became the "Société des Forges de Sedan" before being taken over by the "Aciéries de Longwy" after the First World War.  Just after the Second World War, the company merged to become "Lorraine Excaut" in 1953 before being taken over by Usinor in 1967.  The tubes production started at that moment and then stopped when the unit was transferred to its subsidiary Vallourec in 1986.

The rolling mills rolls manufacturing was maintained throughout those different takeovers :

Since 2014, the company is manufacturing its products under the AFS Sedan name.

Our company is specialized in the rolling mills rolls manufacturing with high technical and quality levels recognized by our customers.  Furthermore, our manufacturing capacities are expanded to other products such as ingot moulds, associated steel products and staves cooler.

We take care of the complete manufacturing process from the melting till the end product.

The company is located on the Western edge of Sedan downtown offering a very quick and easy highway access (A34 linked with Charleville-Mezières and Reims).  From the North to the East of the site, the Belgian frontier is at a distance of approximately 10 km.  This proximity with Belgium, Luxemburg and Germany gives us the benefit of quick transportation times and quick access throughout Europe as well.